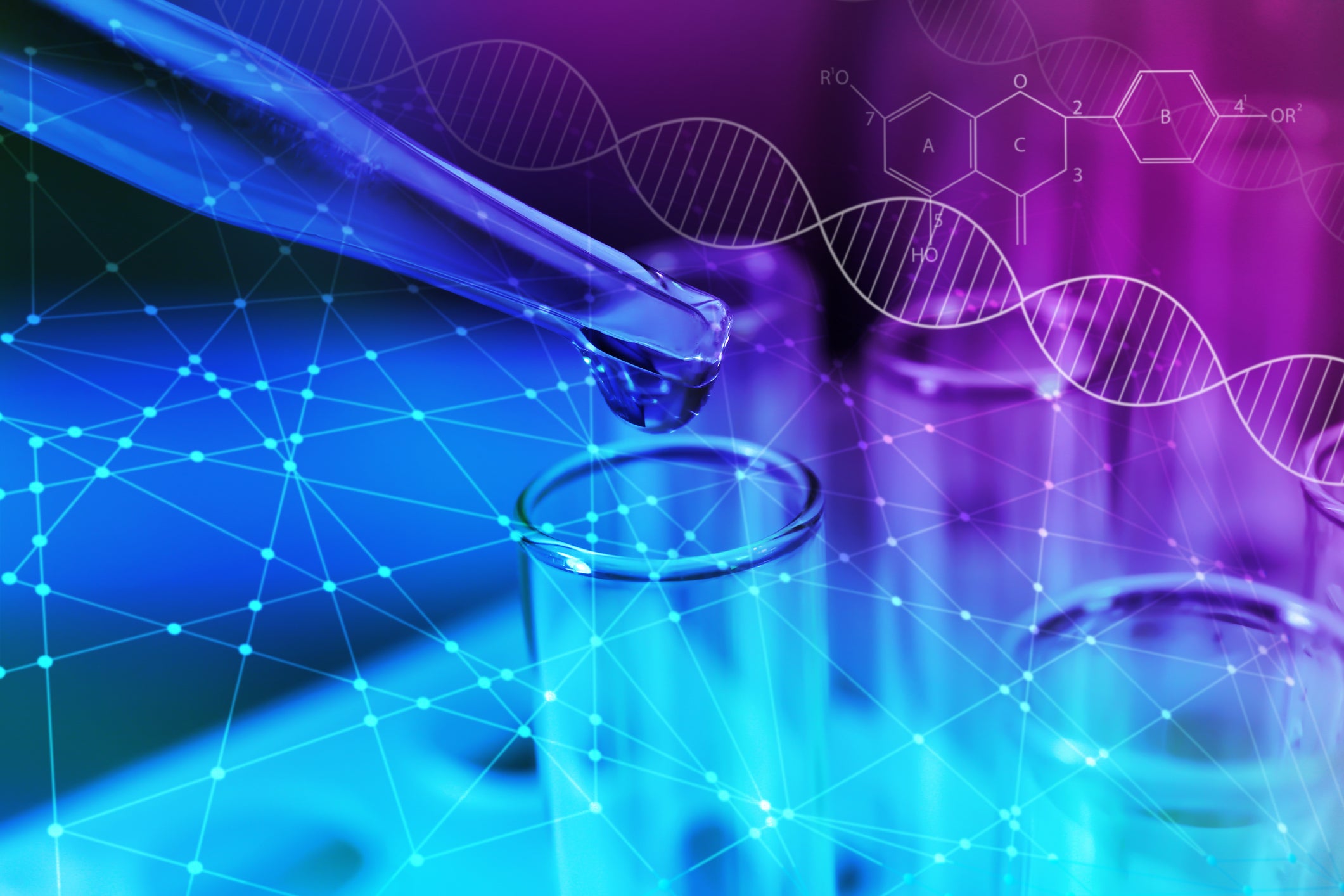 Dr Sebi never advocated the concept of viruses; the belief that there are opportunistic viruses out to get us, is a medical mindset rooted in the germ theory, which was popularized by Louis Pasteur (1822-1895). The germ theory is based on the premise that germs, bacteria and other pathogens are the cause of some diseases.

Louis Pasteur is purported to have said on his death bed; “The microbe is nothing. The terrain is everything.” Despite this, the theory has taken hold of medical thinking and has been presented in a way to ensure that it is believed, accepted and upheld by the wider public.

What is Dr Sebi’s Position?

Dr Sebi’s position was very clear – that mucus is the cause of disease. When we consume acid-forming foods or foreign chemistry enters the body, this causes inflammation, which leads to the production of mucus. This can become excessive, covering cells and depriving them of oxygen and nutrients. Under the circumstances, an individual may die if the situation is not addressed by breaking up and expectorating mucus, and providing the body with deprived nutrients.

So, how does this work in reference to the coronavirus (now classified as COVID-19)?

One of the key things to note about COVID-19 is that victims usually die from severe acute respiratory distress syndrome (SARDS). In short, they were unable to breathe and die through a lack of oxygen. This occurs because mucus fills the lungs depriving the body of oxygen.

Autopsy reports coming out of China shows that mucus solidifies and block airways and lungs. According to the leading professor from Tongji Medical team in Beijing, they found “a large amount of mucus in the lungs”. He further noted that,

“The secretion is very sticky. It attaches to the lung like paste.”

“The mucus was in the deep-seated airway. If we don’t give targeted treatment, it maybe counter-productive.”

“A normal lung touches like a sponge because it contains air. But an infected lung doesn’t touch like this.”

“Something else refilled the lung. You must know what the pathological change is and give targeted treatment.”

“Otherwise it will be useless like delivering oxygen through a blocked pathway.”

What is surprising is that the Chinese researchers were surprised by these results. However, Dr Sebi had been talking about this for many years; in fact, anyone who is familiar with Dr Sebi’s lectures would have been able to deduce this based on the cause of death.

Who is affected by COVID-19?

COVID-19 according to the their reports is affecting from the very young to very old. For example, in England, there is a reported case of a newborn and mother testing positive. There are also cases of 103 year old woman and a 100 year old man who were affected and recovered. That being said the larger percentage of persons who have died are usually older individuals and those younger people with underlying health conditions.

According to reports about 80% of affected individuals recover and the majority of those who die usually have serious underlying health conditions; the most notable being cancer, cardiovascular conditions, diabetes and respiratory ailments.

How does COVID-19 cause this to happen?

There are two main positions as to origin of COVID-19, that is being surfacing:

How can Dr Sebi’s methodology help in regards to COVID-19?

Dr Sebi often spoke about the ‘blood’ and the ‘starch’ and how a diet of eating meat and starches can lead to ill-health. Not only does it lead to ill-health but it also reduces the possibility of withstanding, coping with or recovering when one faces health challenges, regardless of what it is to always ensure you live a healthier life:

A bit about COVID-19

Despite the hysteria surrounding COVID-19, it is by scope exaggerated. To put things into perspective, below is a list of worldwide fatalities as outlined by GreenMedinfo where they showed how COVID-19 compared to other death figures since the start of the year 2020: 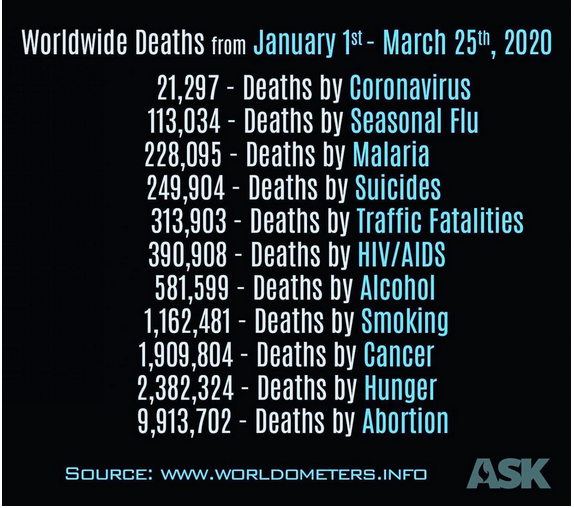 You will notice that the ‘socalled’ coronavirus death rate is much less in comparison to many of the other challenges we currently face worldwide.

There have also been reported cases of racism or mistreated afforded to African people in America and Europe, so it imperative that we all begin to do more to improve our health and in general do not depend on the systems in the west to provide healthcare – they are simply incapable of doing this.

Please bear in mind that the African Biomineral Balance was not created to heal any dis-ease but rather to cleanse the body and provide it with nutrients.