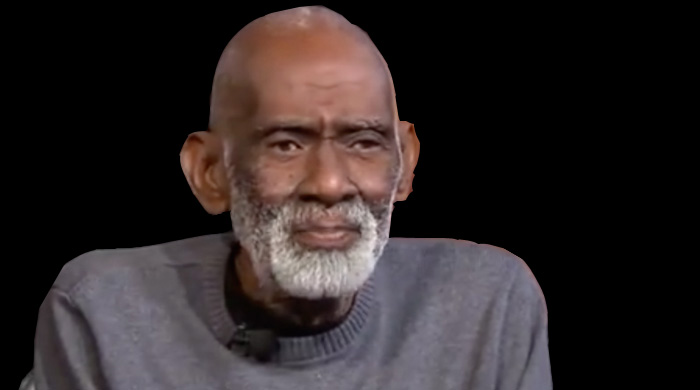 This is part 1 of 14 parts. It is from a lecture called ‘God’s Food…’. It was split into 14 parts and uploaded to YouTube and you can watch all parts there or on this website.

TABB:
Hi everyone thank you for stopping by to share with Julie today. I hope you have having a fantabulous day today guys. In this video I’ll be playing an excerpt of Dr Sebi speaking of the fact that he walked away from his relationship, he walked away from his job also he could pursue the journey of healing. If you have not done so already please subscribe to the channel and of course don’t forget to like the videos and comment down below. Now onto the video.

Dr Sebi:
Good evening. Thank you so very much for your presence and thanks Mr Charles Grey for giving such an introduction. I don’t know if I deserve all of that, because I never felt one day that I would be useful to anyone, either to myself. I think I was 14 years of age when the desire came to do something but I don’t know what it is I was going to do either, because not going to school when you’re 14 what could you offer. What is it that you could offer that could be of any consequence. I didn’t know at 14 I was working for my grandmother. I worked from 14 to 20. Arrived in New Orleans, 1954. I was 20 years of age still want to do something for people. I became a merchant seaman I didn’t see where that connected. I became a steam engineer, without going to school. I have an engineer license. I learned on the job training. I went to California where I got so sick I quit the ocean. I went to California, found a man that healed me still a steam engineer for the County of Los Angeles. I told my friends and my colleague that I was quitting my job to become a healer.

They say oh yeah what you’re gonna heal I say every disease that they could bring to me. So yeah man, you’re 47 years of age and you’re gonna quit your job where you have ten years seniority. You only need ten more years to go and you could retire with a nice $1,500 a month wages in retirement but I chose to follow my dictate. From 14 years of age until 47 I realized my dream and I did something that I believed even until today I am the only individual that has a vocation a profession or a trade that is ashamed to tell the world the benefit of that trade. You see there is something that is missing in our society, there is something that has plagued us over 400 years. What plagued us is deceit. Deceit has plagued us and that deceit had made made us, all of us to feel very insecure with the other which means I can’t trust you, ‘child don’t you trust anybody now, cause you know how people are.’ Which is true, but we could never get to the root of the deceit and I suppose that I may have told a lie or two in the past compelled to tell a lie, which is embarrassing because you have to cover that lie, but we are compelled to do so. So this journey of mine is not my journey it is my predilection. I left the most beautifulest woman in the world that I loved so very much. Her name was Marilyn Wood was from Tennessee. When I told her that I were gonna leave her she asked if there was another woman, I said no. It’s these plants. ‘And what does that have to do with our marriage? I said you’re not gonna follow me because you met me as an engineer. I bought you a house, you got Volvos every year and I’m gonna abandon all of that to go after nothing. I don’t want you to suffer because I will suffer.

I left that lady a week later. I left my job, I left everything, now tonight I stand before you.

TABB:
So there you have it Dr Sebi spoke a little bit about his journey to where he became the healer that he was. I know sometimes you want the full videos I will not be put in the full videos on YouTube. I’ve had a couple of copyright strikes already so in future for full videos I’ll be putting them on the blog only and I will let you know of course on the blog because I’ll be revamping that a bit and of course I’ll also put a notice in the community tab whenever I have a new video, whether it’s on YouTube or it’s only on the blog anyway guys. I hope you found this useful, don’t forget to Like share comment and subscribe.

Be the change you’d like to see in this world have a fantabulous day today. Tata.