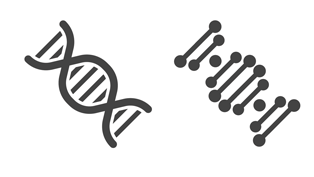 Dr Sebi:
So in other words someone that has reached such a high level cannot reach all the way down, because if he does that, then he’s saying that his position was not quite credible isn’t it, you see, and people don’t do those things they prefer to die. You don’t do that, it is like a country in power giving up the power to another, that doesn’t happen, you have to fight it you have to win it with war.

So that is what’s going on and what is going on for me is that when I set out in front the Supreme Court I told them that there’s only one disease and that disease, is what, mucus in the system, turned to pus and I come cleanse it out and then revitalise the cells. This has been argued, this methodology right here in Philadelphia, her name is Zavia Efe. I don’t know who here knows Zadia raise your hands, she from right here Zadia had myasthenia gravis, degeneration of the cells of the brain, the doctor said she would never walk again normally and that she would progressively get worse. Six months after the treatment Zadia was walking normally and Zadia told me a story of month ago in Los Angeles, that they had cut her thymus gland out but it grew back. So when we talk about cell regeneration a gland grew back. She’s writing a paper on it right now, as we speak, how was all this accomplished? It was accomplished because truth was in front of my eyes and I was able to identify truth not that I’m the owner of truth no, I’m a servant of truth, the best I could say. So we clean the cells whether you have leukemia, sickle cell anemia, wherever whatever disease. It is mucus concentrated to cause that disease.

So how could all the disease be cured by just giving everyone the same treatment, well common sense. We go away from philosophy, put philosophy away. I just look at reality and God, that which is natural, and we find that is very simple. It’s very easy, you stop eating the garbage to begin with, but now, as we begin to think about the garbage that bring the disease in the first place, now brought the disease in the first place, I’m sorry. Then we begin to question how are we qualified to leave the garbage, is like going home this evening and you say when we open that refrigerator now Dr Sebi, you said that this this this this this this this this business all this is bad. Now what are we going to do what are you going to eat we don’t know we don’t know but what we did know what we do know now that that stuff in the refrigerator was not made by God and that it was not made for us. This why our brothers and myself, we brothers suffer with prostrate cancer. Prostrate, inflammation, nerve problem, impotence and a whole bunch of other stuff, very young. Then we begin to hide our disease like it is ours, like no one else should know about this because this is embarrassing to even talk about it. No when I was impotent I cried out loud, hey fellows, I’m impotent who could help me? Because I don’t have that thing they called shame. Sisters too, many times I sit with you sisters and ask, do you have vaginal discharge? ‘Well sometimes’. No, it’s all the time. It’s all the time but there again, that’s not yours either that’s the food that was afforded to you. In the Supreme Court I asked the judge, if God made food special for gorillas, special for the polar bears, special for orangutans, special for birds. Not all birds eat seed, some each snakes and meat. So if God made specific food for specific animals. God made also specific food for plants. This is a burdock leaf. You appeal to burdock for what? For iron. You don’t appeal to burdock for magnesium, magnesium is a trace mineral here, but iron is predominant. So there’s a food for this planet so I asked the judge well if the plant the animal the birds has specific food that feed their cells were about Homo sapiens are we exempt from that natural cosmic law she said no I said well when you remove the Africans from Africa did you bring his food with him she said no so you see so when you said that I like my hand that’s not your hair that’s not your chicken that’s not your biscuits that is something that we have been conditioned to eat and because we have been conditioned to eat those things it makes love difficult to come out.

When I talk to my wife, ‘hey girl what’s wrong with you?’ You know it’s never a situation where it is always pleasant regardless to what happened and I suppose that once upon a time I was there but I don’t remember being there after 30, and after 30 was where I begin to… a lot of children was born to me. I think about 15 of them, so I began to compare myself as a father before this change with these herbs this help that I’m experiencing now as I go back into my life. I remember once picking up a belt, but I don’t remember if I hit the child or not but I do know this, that all of my children from 30 onto 65 I don’t even think about raising a belt, but you see there was a change in the house with me there was a new wife in which she came up with me and there was no milk in the house, there was no cheese, there was no butter, there was no eggs, and there were no breakfast. My son told me the other day that 19 years has now gone by and that he gonna sue me because he will sue me for child abuse because in his 19 years, he never had a breakfast.

See, just didn’t have breakfast. It was easy so the children that came up in that environment just grew up. And the three children I never mentioned, one of them go on her name is Nia. She is this daughter of a friend of mine in Los Angeles, and as I talk about Nia I’m seeing my 4 years old daughter and another one in Chicago named named Mariama. These three girls has something in common, they sucked a mother breast for four years. Nia, when she’s 3 she’s 3 now, you ask her, ‘Nia how are you?’, ‘I’m 3 years old, I was born in 1996, the 30th of May.’ What else you want to know? We take Nia to Oakland, carelessly walk into the store, and this woman said, ‘you’re so cute, such a beautiful little girl’, and Nia is very beautiful. She handed the beautiful little girl a candy, and Nia said, ‘I don’t eat that, that’s against my diet’, three years of age, all right. My daughter the same way, and Mariama is even worst. I could go anywhere with these three little girls and I wont have no problem and what they had is that all three of them stop using the bathroom in their diaper at age one. Why they didn’t have those things that makes a child weak, that interferes that brings disease. Most babies past feces in the diapers even when there are three years of age, not these three. So I’m planning to go to Honduras in a couple days I’m going to go back to Los Angeles to take my little girl with me that she could see Nia because Nia sent her a picture they want to know each other. Now these three little girls are the example of what we have to do that I didn’t receive when I was a child. Look at the journey, the journey is beautiful if I Sebi at 30 being impotent with diabetes weighed 291 with glasses and I was able to retrieve my life from that age until now all of us in this church could do with this evening.

What is the Best Water to Drink?
Dr Sebi List Some Electrical Plants
No, There Is No Other Diet