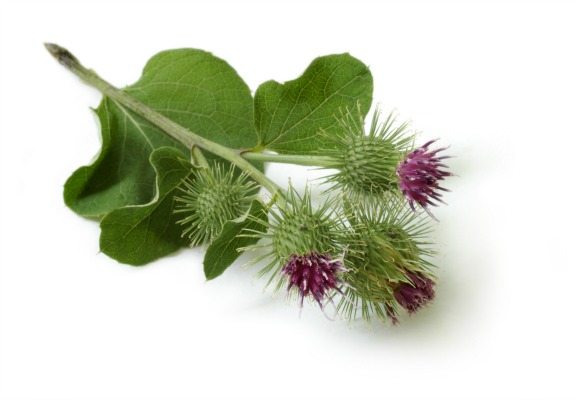 Dr Sebi:
You still don’t believe it because it is true you cannot sell truth in today’s society, what you sell is a lie. Coca-Cola, Coca-Cola sells more than any product that is American, all over the world, yet Coca Cola would eat your liver, it would eat up your intestines and your aoesophagus but it sells. Protein, protein cells everybody have Braggs in his house. Why, because I need my protein, my liquid protein, another lie. Because when you ask the question, if protein is a necessary food, is it alive? Because food that nourish these cells should be alive and electrical. Protein has no electricity. When I take enzymes, when I take vitamins, always looking for a way to defend that which we think is true. How would we be able to identify truth, when the very environment that God placed us in we do not live there any longer we live in another environment. The food that God creates for us in that environment, that food we are not eating. Now could any one of us begin to fathom the extent of the damage done by not ingesting those food and ingesting the food of another.

Could any one of us could really fathom the extent of the damage done? Well, I’m going to begin to show us how we could begin to measure this damage this is why this message that is about to be delivered this evening would be difficult. It will be difficult because when the African was making babies 500 years prior to slavery, the African that didn’t have chitterlings in his diet, neither did he have potatoes sweet or Irish, he didn’t have lamb, he didn’t have chicken, he didn’t have cheese, he didn’t have no butter with biscuits, he didn’t have any cake, didn’t have eggs. He didn’t have any of the components that causes disease. This was not in his diet so the quality of the babies that was born from the sperm that baby was as healthy as God wanted to be so you and I are the result of a sperm that had cheese butter eggs alcohol and cigarettes not talked about the drugs. Then they made loved of a mother and we are the product of that love and then we have the nerve to tell each other that we don’t have time for each other’s that because she take drugs that she is not like me? Well, I’m not above a prostitute nor a drug addict. I am both, we have been violated so that child is now on drugs and you think it is her fault the environment spurn that. That is the result of the environment in which we live because when we live in the environment that God gave us there was no such thing as drugs. So why is she a drug addict and a prostitute? Is it God? No, it is the environment.

Now we are looking for healing, we want healing we need healing, when the psychiatrists are looking us to the reason why they are shooting them up in the school, they are overlooking the food that they’re eating, and how do I know? The crazy woman that was brought from Mexico with all of us know that insanity should be treated to the nervous system. I gave her everything for the central nervous system that worked for other people, with her it didn’t work. My wife said from the kitchen go to her guts and when I went to her intestines two days later she was no longer insane telling us that yes it is the food that we eat that makes us sick, but how many of us are qualified now to select from this planet the food that God made for us? None of us, we know about anthropology, history, Egyptology, paleontology, archaeology all the ‘ologies’, but life itself.

Well, I didn’t pay heed to none of the ‘ologies’. My eyes were focused on health on well-being not because I wanted to but I could clearly see that what was being pursued in the sixties, all these historians with all these books and now we find ourselves 39 years later, 1999, sick, sick as could be. We are so sick that we don’t even trust ourselves. So now the messages here and all of us agree that everything is in divine order, am I right? Of course, we are right.

In 1555 or in 1560(?) our fathers were slaves here in America did they know that chitlins was going to play havoc on their cells? No they didn’t know, they ate it because that’s all they had and we ate that food all the way from slavery until now. We eat
chicken, we eat chitlins, we eat hog mouths, we eat cheese, we eat butter and these things are ungodly, God did not make a cow, man did that, that’s a hybrid animal. But now the message is here, how come the message is here that we should not eat those things and we know this to be a fact because as we remove, as we remove ourselves and we remove people from the diet, the pains, the joints, their knees and everything begin to subside, all the pains and one day they are all gone, why because we have returned to the food of God and what is it that we are doing that is so fantastic that it is so over and above that what has been offered? We are only cleansing the system and giving you the herb that God made, see many of the menus that you see on herb you find that they would say peppermint, cayenne pepper, everyone has goldenseal and all these herbs were not made by God the trick is to use only the herb that God made because in the Bible that we read it says that the herbs are for the healing of the nations so when it is said that in the Bible, then it says that something is wrong, because the herbalists of today are not healing anything. So what is the wrong is that they are not selecting from the repertoire that God made, they are selecting from what man made.

So ladies and gentlemen I want to say this this journey is not a difficult one, it may be tedious, but to begin to heal the human body as what we are doing at the Usha Research Institute what we do is this, we cleanse the system. Every disease we said to the Supreme Court comes from one source – when the mucous membrane has been compromised – it stand to reason Dr Sebi just began this journey 27 years ago and protein, and vitamins and enzymes been on the market long before we came, right? well if protein and vitamins were good, then why is it that we continue to be weak and sick? If aloe vera and comfrey and the rest of the offer such as the peppermint and the cayenne pepper were good, then why is it that disease is still progressing, now weren’t we told that sickle cell anemia is incurable, of course we said that, and then they go further to say that God gave us sickle cell anemia and we even believe that. We believe everyone but ourselves, we believe every race in the world.

Mr. Charles Gray was telling me today when we were coming here that he could see the reason why we have this fear in believing each other because it is easy for a white man to be a drunk on the street and overnight he said that he’s seen God and we follow him, it is true. So something was done to us for afford us to do that. Your brother stands before you today and you say Dr Sebi we cure AIDS you don’t say the black race cure AIDS, you just singled me out, I’m you no longer, but when the Chinese explode their bomb, they didn’t say one man, that said the people, right, the Chinese people. And when they talk about the Russian going to the moon they say the Russian people, and when the Japanese were doing research which say the Japanese people are doing research, but when your brother Dr Sebi cure AIDS, you say he cure AIDS not that we cure AIDS that is how sick we are. It’s not that we want to be sick and it’s not that you want to refuse me we have been made to do that, you cannot help that. I’m going to show you some instances, in 1989 there was a big crave, 1990 all of the leaders in the united states supported a something they called

Kim Ron is a compound made from interferon an AZT made right here, no Kenya, no Africa, but it was supported by the ‘professional protesters’ and the leaders doctor safety and the Usha Research Institute showed documentation, showed diagnostic procedures from laboratories that yes he cure AIDS, did they support it?

No, they asked me, have you seen Minister Farrakhan? I said I heard of the minister, well, why don’t you go and see him? I said, I can’t do that, said ‘why?’ I said you see you’re not seeing my position, my position is not one that reigns where where that fan is at, my position is way down there. My son told me one day sir that I’m in the wrong profession. He said ‘daddy you have to fight to keep the rent paid, yet you are making, you’re curing people of sickle cell anemia and broken bones and you have to fight to feed us. Yes, you messed up that because Mike Tyson he broke their jaw and he get millions and they have to come to you to heal their jaw and you get pennies.

So that is the society in which we live you pay someone millions to break somebody jawbone and the one that repaired the jawbone gets pennies, that is the time in which we live. So this thing about Kemron had to be that way it was made in America so the supported Kemron they cannot support me, so when I said about Minister Farrakhan, I said he’s way up there and I’m way down there. How could you expect for a man with the image of Minister Farrakhan, way up there to come to a brother like me who’s way down there. You have never seen that sir, but I am I give thanks to God that my position remained way down there so I have no place to drop, fall from. I’m already way down there.