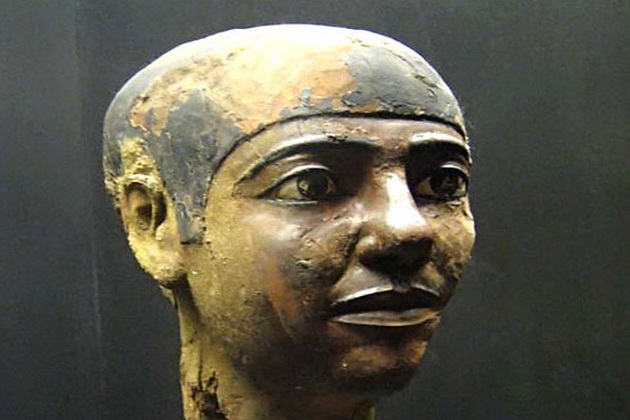 So as we carefully enter this most tedious journey – not a difficult one, just tedious – but we all are capable of understanding the contents of this particular program, position. Sure we are. We have a brain, we could think well. Only we, the individual, or you, the individual, could determine, really, what is, what it is that you feel, what it is you see. No one sees from behind those eyes, but you. So we know that the subject fits within this cosmic order, and that we, being a product of cosmogony or life itself, sure we will be able to understand things about life when they are presented. So let us go first into the history of medicine.

According to the history of medicine, it began in Egypt, with Imhotep one. Then it came down to Mr Hippocrates, and it filtered down to Mr Claudio Galeno. So with Hippocrates in the year 365 BC to 1729, Claudius Galen (the Italian). These three men: Imhotep, Hippocrates and Claudio Galeno had something in common. They all used the same substance. They all followed the same platform. They took the same position. Because during that period of time, that time in history, naturally, there were not in existence at that time the chemicals we are presented with today. There were only plants. But the history shows that they cured every disease known to man! So if this is true, then what happened between that time and now, that things seem to be so difficult? Instead of us being useful in eliminating those that are present new ones are cropping up every day. Telling us that, again, the goal line is receding faster than we could run. Could we afford to continue on the path of the past? Why should we take a chance when the past has not served us well? Are we aware of the percentage of elasticity that the body could really admit or even afford? Stretching, how far could we stretch the human body? By stretching we mean stressing the human body to cause it to be in the stage of disease. No, we don’t know that. We don’t know how much we have damaged ourselves. Because we have not been educated as to what we should have been doing. What we should be eating, we have not been educated in that area, so therefore it becomes very difficult now. But even though difficult, as I said, everything seems to be easy in deciphering and analyzing once we put into motion that part of us that the philosophers tried to deny. The part they call common sense.

Common sense tells us that if Hippocrates, Imhoteb and Claudio Galeno, not necessarily in that order but the three men used herbs and that they were successful in reversing disease. What happened now? Not only have we failed as far as being effective in helping others to relieve themselves of disease – we have compounded and added to it using the herbs that we are using. What do I mean? There seems to be a contradiction. Because if Mr Imhoteb I, Claudius Galeno and Hippocrates used herbs and herbalists today are using herbs, why aren’t they as successful as Claudio Galeno and the rest? That is the common sense. The heart of it. If they cure, we should. Why aren’t we? Well, we were removed from the rhythm of life, we were removed from the path that helps us understand those things that are natural from those things that are unnatural. Because if those three doctors used these herbs 2000 years ago and were successful, we in modern time should be even more successful than they were because we always attribute time and development, science, to knowledge. But the fact of the matter is, we are falling short. We are falling short because the herbs that Imhoteb, Hippocrates and Galeno used, are not the herbs that are being considered today. As far as healing is concerned. What is the difference? There’s a big difference. Remember what we said on the onset, that we were not prepared for the journey of healing as we thought we were. We were not prepared. Because today we find that the herbalists are using comfrey, they are using chamomile, they are using goldenseal, peppermint, aloe vera, and many many many many more that are all hybrids. They all are artificial. That is the difference.

How could I, Sebi, expect from my brothers and my sisters who practice the art of healing using herbs where the molecular structure is incomplete because they are artificial, to understand that, when the very school that was attended support that position? Oh, it becomes difficult. Because now, our brothers and sisters, not only in Africa, the United States, the Caribbean, also in Central America, are using hybrid plants. What happened to the uses of the natural herbs? Something must have gone wrong. Something must have taken place to divert us away from this path. Well, something did happen. The healer was educated.

The healer can not be educated but from one source: Mother Nature. Pachamama as she is called in certain levels, certain cultures. Pachamama could only be responsible for educating us in the art of healing, no other entity of philosophy. Because all the philosophies are failed. Like for instance the philosophy of using comfrey to strengthen your bones only adds starch and acid to our system and compound that particular problem. The other is that I could drink wheat grass juice, carrot juice, beet juice; and receive from that nutrition. That is impossible. Why? Because they are all artificial. Wheat grass juice contains sugar and starch. Two of the greatest enemies of the human body. But our brothers and our sisters in New York definitely recommend wheat grass juice with pride. What you mean, this is chlorophyll. I agree with the position of chlorophyll. Chlorophyll is one of the most effective and quickest ways to heal the human body. But the chlorophyll would have to come from a natural base, and wheat is not a natural product of life. So therefore, the end product of wheat would necessarily be an acid one. And that is the subject: acidity versus alkalinity.

Acidity has but one purpose. Acidity enters the human body to destroy cells. To cause cell erosion. Alkalinity, on the contrary. Alkalinity comes to support life and to maintain electricity. So, a hybrid plant, as opposed to a natural plant, and we would use two. We would use the Kalawalla (Calaguala) which comes from this part of the world. It’s a natural plant, it’s a spore plant. The molecular structure is complete, deeming it electrical. Not so for comfrey, goldenseal and the rest. They are hybrids. Meaning that they were made in a laboratory.

Being made in a laboratory, naturally, it has to fall short. Because to titrate two things in a laboratory, you need a chemical. In other words: if you have to bring two plants together that ordinarily would not have joined each other’s through chemical affinity, forced together is what makes things hybrid. You have to use a chemical to bind them. If man could make an artificial plant, to equal in production, to equal in value as that which is natural, then man says the he is God. Impossible. The human body is a natural one. The cells are electrical. The human body shows the ability to move, to produce motion, and there is nothing on the planet that produces motion that is non electrical.

There must be necessarily the presence of electricity. A hybrid plant is not electrical. Why? Because a man made it. If man could make an electrical plant, then he’s saying he’s god. He could make something to complement the human body. That is impossible. We don’t even want to go there. So we see now, that the reason why we have failed to complement, simply because we were not prepared for the journey. As for myself, I didn’t prepare myself for the journey. I was prepared! And why do I say that? Because I had listened and read many many many books from Ivan Kankekoff(sp.)* the Russian, Alma Hutchens, the Canadian to Mr Christopher, the American, Jethro Kloss, the American and many many, Herminio Rodriguez from Brazil. He wrote a book: Las Plantas Curan (Plant Cure). I have read many books, Spanish and English. And out of those books, healing is absent.

Dr Sebi - How To Address Bladder Disorder
Dr Sebi - This Plant Will Give You Energy
Dr Sebi - Herbs, Water, Juice - What You Put In Your Mouth