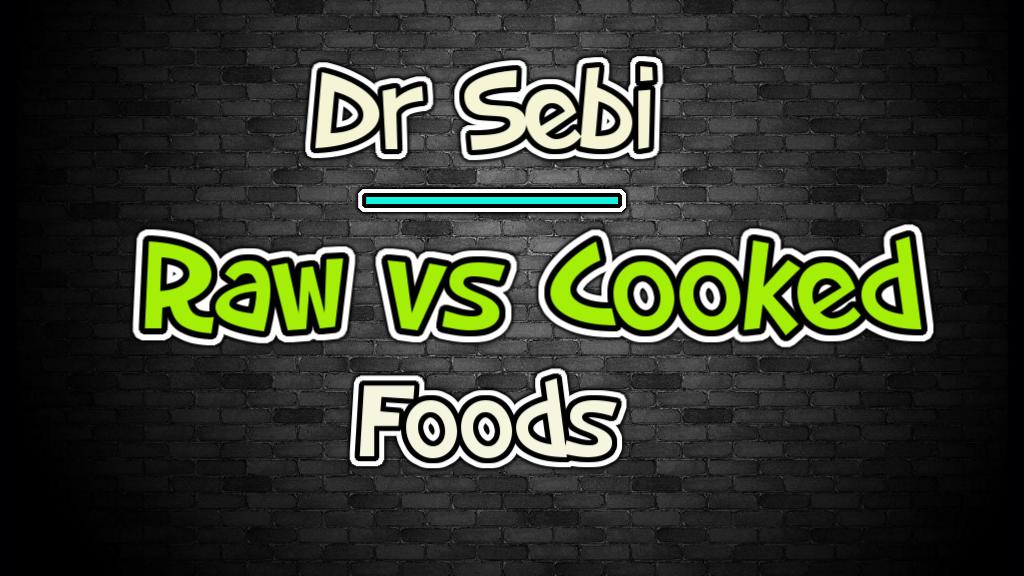 The raw food vs cooked food debate has been around for a long time now. Many people believe a raw food diet is superior to a cooked food diet and vice versa. In this video Dr Sebi expresses the African Biomineral Balance stance on this important issue.

Now hmmm from what I understand, tell me if I’m wrong, anytime you cook food it loses its electricity.

That’s the biggest lie that has ever been told. That has never been true, ‘raw food is better than cook food’. Food, you could never destroy food. You could take food raw, you could take food cooked, take food and grind it to carbon and drink it and its still electrical, if it is food, you cannot destroy energy. Food is energy, could you destroy energy, no. It changes state but not destroy it, we cannot destroy energy. But the stuff they call food is garbage. They are eating starch. I remember when I went to New York, there are many raw people in New York, they eat raw starch but they all are anemic. I know that most of them are dead now my age that was on the raw food thing ….and many others, why they were eating raw starch. You could eat food in any way, in any state. Food cannot be destroyed because food is energy, it is electrical. You cannot destroy electricity. I think the Maya, and how many people have I cured of sickle-cell anemia, of AIDS. I cooked everything I gave them, so why is it so powerful that it did work. We can’t see these things because we think that food is carrots, a piece of meat, that’s food, eat that raw. Well, if we go there all we have to think about is Charlie Mingus that’s all he ate, was raw meat and wine, well when he passed, they said the poor brother could only laugh and cry and he died very young. No that’s another misinformation remember we have to step directly to strength, you are talking to the brother, the only brother that had to prove to the world scientifically that he cured AIDS is it Dr. Sebi, and in doing so he had to destroy all other premise to establish the one that he represents the African Biomineral Balance.

Alkaline food that is cooked

There had always been that myth, that when you cook a substance it has lost all its enzymes, all its strength.

Well, why is it that I cook the roots of these herbs and people are cured of leukemia, and they’re cured of AIDS, and to cure leukemia and aids, it has to be very powerful, right? Well, why didn’t the herb lose its strength? ‘Beautiful question.’

Anything that God makes, never looses strength, you could boil it, you could burn it to an ash and grind it to charcoal, it is still alive.

Anything that is natural changes state but never dies.

But like carrots, it doesn’t matter whether you cook it or not, its not going to feed you anything.

So your answer is lady, is that, if it is natural, it doesn’t matter whether you cook it or not, its electrical.