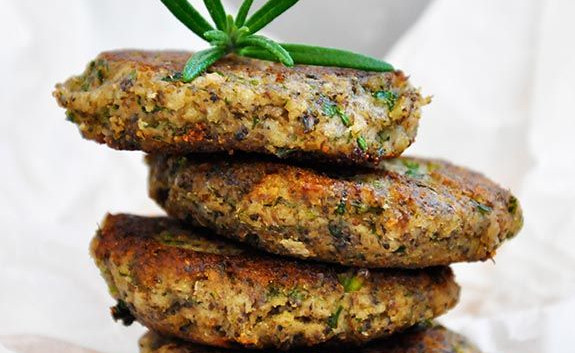 Dr Sebi:
So we not gonna eat tofu no more isn’t it?

Why do we eat tofu? Because we want to get away from the meat. Well, I make my own meat. I just made one for my son. He said daddy, I heard that you invented something new here, put together something new. I said ‘yeah’ my man.

I cooked some natural rice, you know what natural rice is right, it’s a black rice, the one that’s long, that only comes once a year.

You see any… there we go away, anything that God made only give you crop once a year, not three and four. So I took the rice and I boil it until it was soft. I took a pound…I took a half a pound and I put it in a blender, in the in the food processor. While this thing is processing to be grind up really fine, I put in it some flour from the uh, from the quinoa or the spelt, and then I also put in there the mushroom that I talked about. I put some dried tomatoes that I soaked, and it was soft, and they processed and I made this dough. I put it in some onions, and I put some some come on, thyme and some sweet basil and a little bit of veggie sauce. I took it out of the food processor and I made these patties, put it on the grill with some olive oil and that was the best hamburger my son ever had. Everybody that came that night was very very extremely happy, because it is that meat that kills us. The meat that kills us! See, we want to get away from it, because we know it’s a poison, it’s hurting us. It causes varicose veins, men they can have sex after they past 35 year, problem to have sex.

Instructions:
1. Boil the rice until it’s soft.
2. Add half pound of rice to a food processor and allow it to grind up fine. Add some flour to the mix.
3. Add the mushrooms to the mix, tomatoes, onions, thyme, sweet basil, veggie sauce and allow all to combine.
4. Remove the dough from the food processor; take small portions to create small round patties.
5. Put on the grill, coat with a little bit of olive oil. When that side is cooked, flip over and allow the other side to cook.